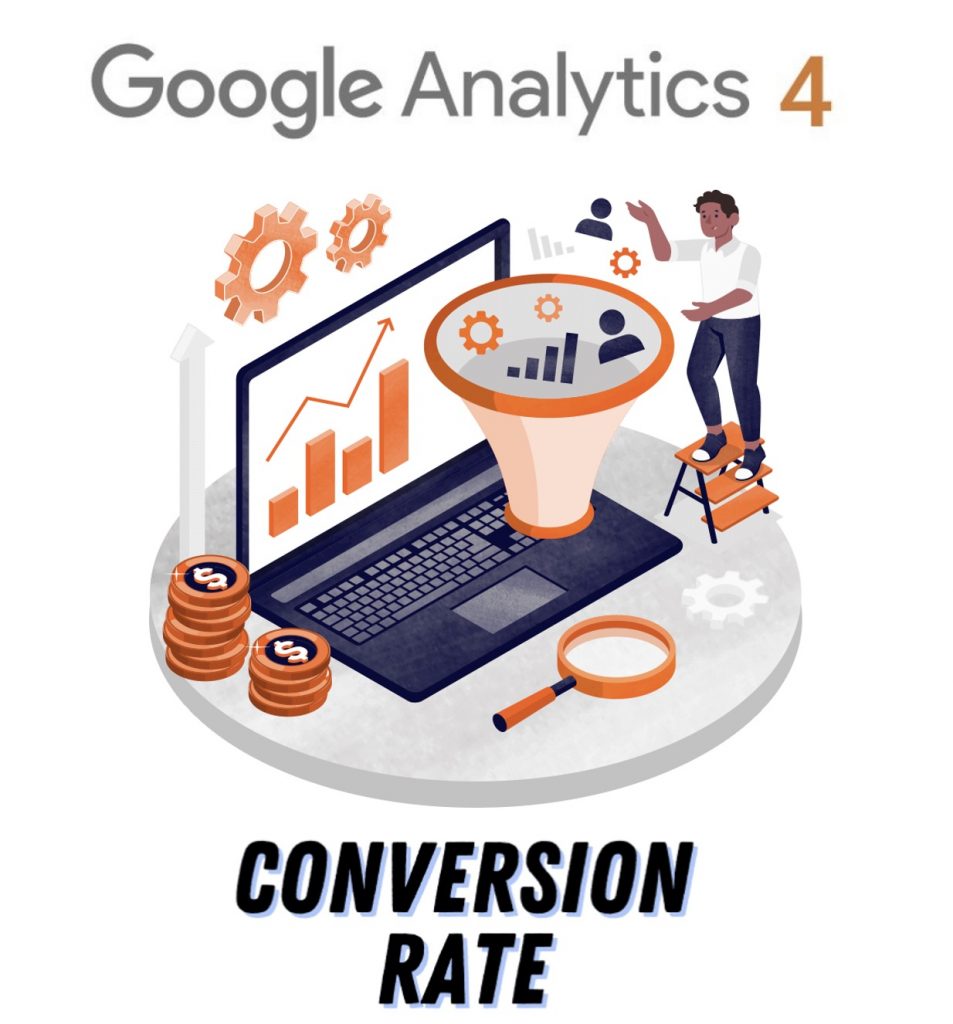 Finally it is possible to use the much desired “Conversion Rate” metric in the standard reports of Google Analytics 4.

As mentioned, in GA4 there are two metrics dedicated to conversions: Session & User Conversion Rate.

This metric corresponds to what was detected in Universal Analytics and in fact corresponds to the % of Sessions with conversions / Total sessions recorded.

User A accesses the site today and the next day accesses it again and generates a conversion (eg submission of the form). In this case, 1 conversion and 2 sessions are counted.

The User Conversion Rate is closely linked to user behavior and is a novelty compared to Universal Analytics.

Basically, if a user converts, the conversion rate is obviously “updated” but if the user subsequently browses the site without generating conversions, the CR remains the one calculated previously.

The metric is then calculated as: Users who converted / Total Users x 100

Using examples as before:

User A accesses the site on Tuesday and Wednesday but does not generate any conversion: the Conversion Rate is obviously equal to 0% (0 / 1×100).

User B accesses the site on Thursday and later on Friday and converts: The Conversion Rate in this case will be equal to 100% (1 / 1×100).

Advise: both session and user conversion rates are not present by default within the standard GA4 reports.

In order to activate these two functions it is necessary to select them through the customization report.

Add the metric by clicking on the “pen” present in the reports at the top right and select User conversion rate among the metrics.

Now a new column dedicated to the entered metric will appear in the results table:

Through the drop-down menu it is possible to select the single conversions set in GA4.

The metric to add is “Session conversion rate” and the procedure is the same as that described above while the table will be composed as follows:

Finally, as mentioned at the beginning, these fundamental metrics have been added to the GA4 reports.

Now it will be possible to quickly and at a glance analyze the performance of marketing campaigns and above all analyze them at the user level and not just at the session level.

Obviously these metrics are also available in the “Exploration” section, but just pay attention to what you are analyzing: sessions or user?