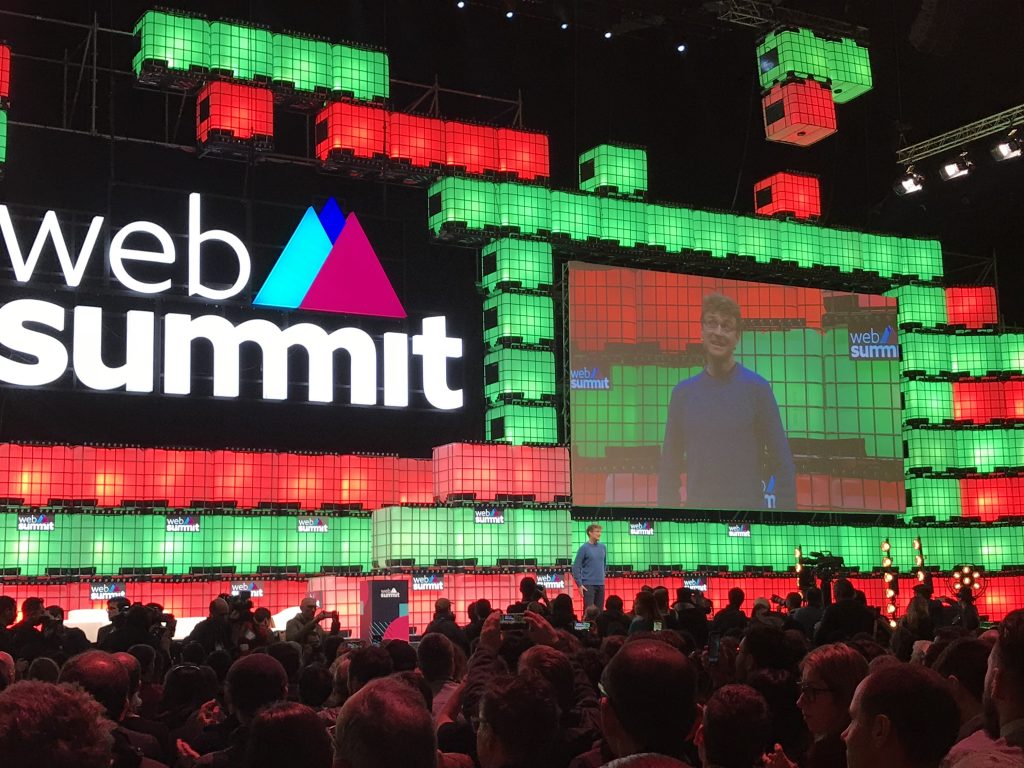 The Altice arena is full packed with more than 20.000 people waiting for the opening ceremony of the event. 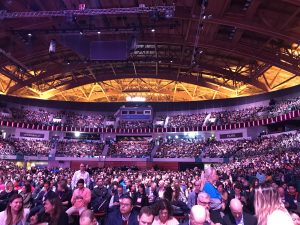 Web Summit 2018 raises again the bar and proves to be the biggest tech conference ever. More than 69,000 attendees joined the event in Lisbon from 159 different countries, as well as 1,200+ speakers, 1,800+ startups and 1,500+ investors.  In his initial remarks Paddy Cosgrave – founder and CEO of Web Summit –  points out that it represents the largest accumulation of entrepreneurs and VC funding in one place at the same time in the world. Web Summit cannot be missed thus!

2018 edition hosts in the opening night the inventor of the World Wide Web, Sir Tim Berners Lee, welcomed on the stage by a standing ovation. 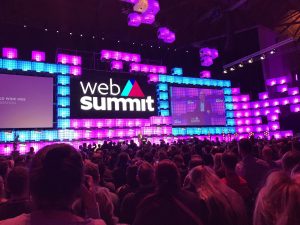 Retracing the steps of the creation of the Internet in 1989 he can’t avoid to show his regret about the issues affecting something that was created to serve humanity. Cyberbullism, fake news and mass surveillance to name a few of them, are the collateral products of “what people built on top” of it. Internet on the contrary was created to be a democratic platform, able to give access equally to all the people, to freely share ideas.  Based on the principle of universality, it should be a communicative, peaceful and constructive place. At the moment however only 50% of the world’s population is connected online. But in the last years the percentage of the new users online versus the population’s increase for the first time is decreasing and with it the digital divide is widening. But Tim decided to fix the problems, promoting a changing in the attitude of people who take advantage from it. 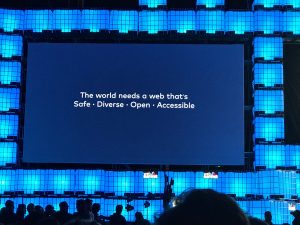 Through the World Wide Web Foundation Tim launches the initiative to create a “Contract for the Web”. The idea is to re-decentralize it with the contribution of governments, companies and citizens in the definition of people’s online rights. Committing to this new mindset requires Internet to be protected “as a public good and a basic right for everyone”.

Before pushing the button and officially opening the 2018 edition the Prime Minister of Portugal Antonio Costa announced that a settlement has been signed to ensure Web Summit will be hosted in Lisbon for the next 10 years and a new location will be built up to accomodate even more attendees. Lisbon is hereby confirmed as the European capital of tech and startups!